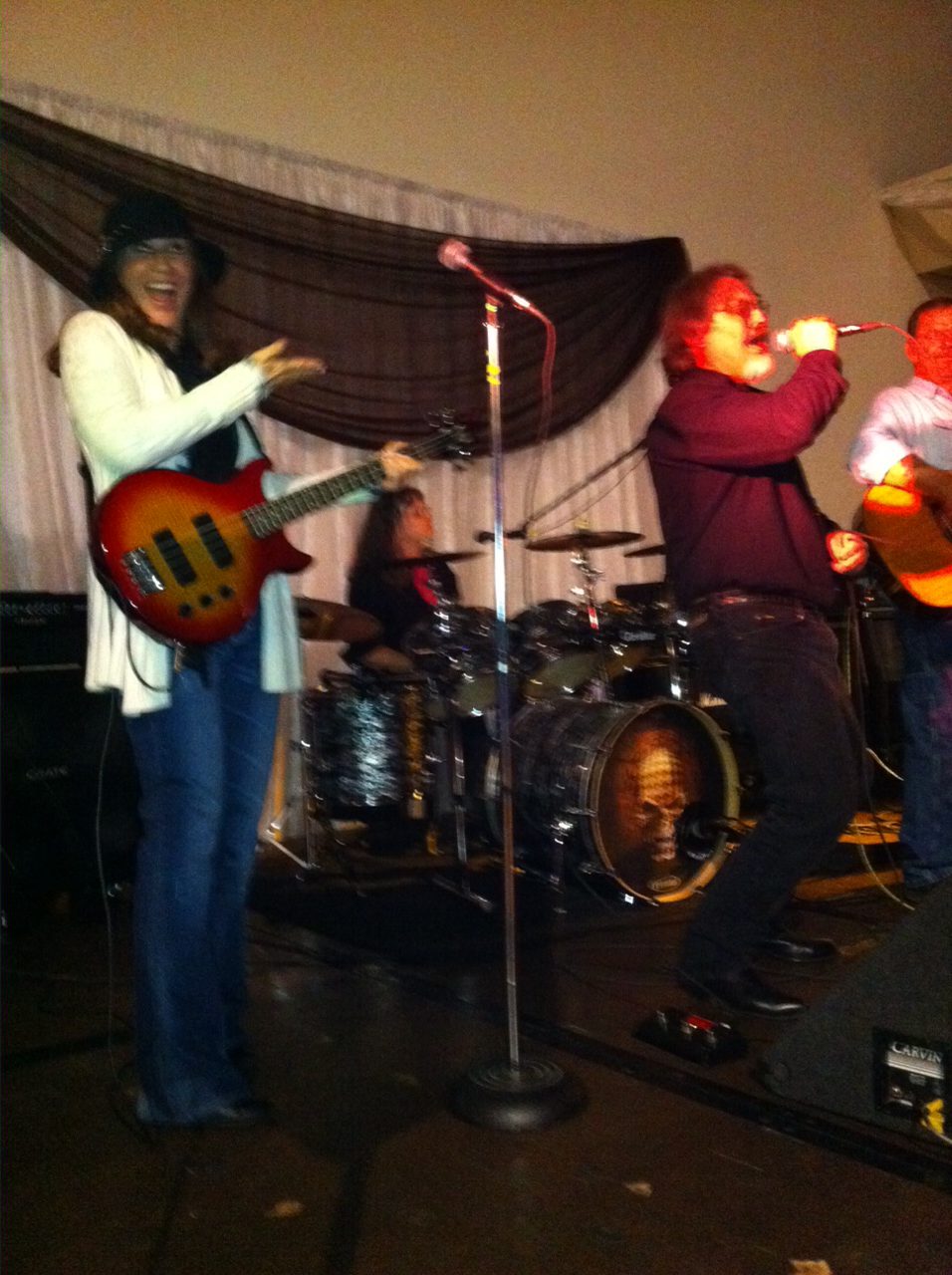 Well, it’s up to you to GUESS WHO. Did they float in on a LED ZEPPELIN, after living on a Yellow Submarine with a PRINCE and a QUEEN, or, at one time were they a rock? An island? If the island were sloped and the rock broke loose, would they have then become a ROLLING STONE? Perhaps, but then again, no. Maybe a CARPENTER from NAZARATH who summoned EAGLES carrying STYX to build a JEWEL of a STARSHIP to send THE BAND on a fanciful JOURNEY to AMERICA, the home of CHICAGO, BOSTON, and ALABAMA to meet with JOHN DENVER who served them BREAD on THE PLATTERS he stole from the COOK, DAVID. THE TEMPATIONS of fame moved their RESTLESS HEARTs to gaze into the LOOKING GLASS as TOM WAITS behind closed DOORS with the TAYLOR, SWIFT with the NEEDLE as she listens to VARIOUS ARTISTS. YES! That is so RIGHTEOUS, BROTHERS.

Or, maybe they are simply a group of people having fun, and one of the few bands in VMI ROCKS who can say, “You can’t tell me what to do,” without being put on restriction.

You guys, change anything you want, …..or just go ahead a write you own damn bio if you don’t like it. (smile).

Chris, Belinda, Robert, Janet and Mark, serve up some awesome vocal harmonies and seasoned musical skill on songs like With A Little Help From My Friends and Love The One You’re With.